An intimate chronicle of hippie elders and their adult children, filmed over a 10-year period at a communal ranch in New Mexico.

The founders of this back-to-the-land experiment are slowing down and facing declining health. Will the next generation be able to sustain the community? 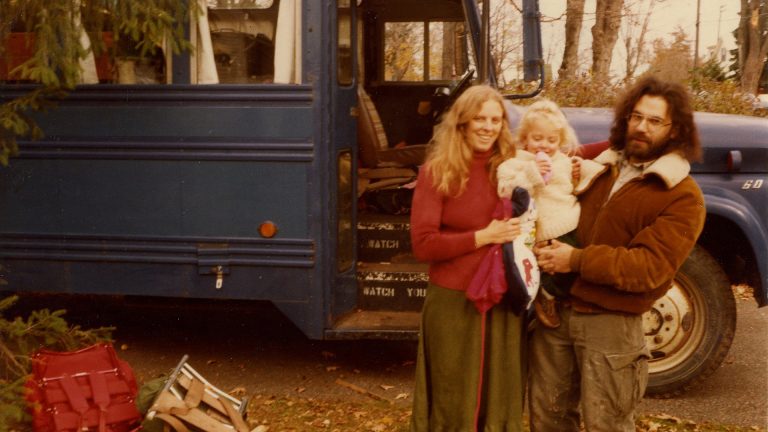 Filmmaker Beverly Seckinger in person for Q&A at this Bay Area premiere.

Shot over a period of ten years at a remote communal ranch in New Mexico, HIPPIE FAMILY VALUES is an intimate chronicle of a handful of hippie elders, along with their adult children and grandkids.

Sally was the ultimate back-to-the-land pioneer, building her own adobe house—while pregnant—in time to give birth there. Now her daughter Dulcie is returning to the ranch to raise her own children in this community. But will Dulcie and her husband Charris be able to resist the tug of the wider world? Kate came to the ranch to raise her children and work as a potter. When she can no longer sustain the commute to care for her ailing 90-year old mother, Kate brings her home to the ranch to spend her final months. Bjorn has lived at the ranch for nearly 40 years. Now over 80, he struggles with declining health and wonders whether the next generation will be able to sustain the community.

The film counters dismissive stereotypes with stories of real people whose worldview was forged in the 60s counterculture, and who remain motivated by those youthful convictions in their 60s, 70s and 80s. The founders of this back-to-the-land experiment are slowing down and facing declining health. Will the next generation be able to sustain the community into the future?

Today, the legacy of the hippie counterculture of southern Arizona and New Mexico is a fluid network of artists, organic gardeners and farmers, food co-ops and CSAs, community organizers, educators and activists, musicians and dancers, alternative health practitioners and natural builders, connected by a shared vision of social justice, communitarianism and sustainability, which stands in stark contrast to the consumerist values of mainstream corporate America. At the same time, many countercultural innovations have seeped into mainstream culture, from organic produce and free range eggs in chain grocery stores to yoga, meditation, acupuncture and massage, wind farms and rooftop solar, peace and border rights activism, cooperative business structures, and much more.

Fifty years after the Summer of Love, the don’t-trust-anyone-over-30 generation now dotes on their grandchildren, and faces the challenges of advancing age. The elders profiled in the film continue to defy convention as they pursue communal alternatives to commercial retirement facilities and nursing homes.

Despite their enduring contributions, energy and idealism, the word “hippie” remains an epithet, and cartoonish stereotypes prevail. HIPPIE FAMILY VALUES tells a different story, and reclaims their legacy.